This section contains images about which we know very little or absolutely nothing! There are some wonderful photos in our archive of people, places, and things and we have no idea who, where or what they are as there are no annotations in the album. This is a call for help. If you can shed any light on these photos you will make a researcher very happy. 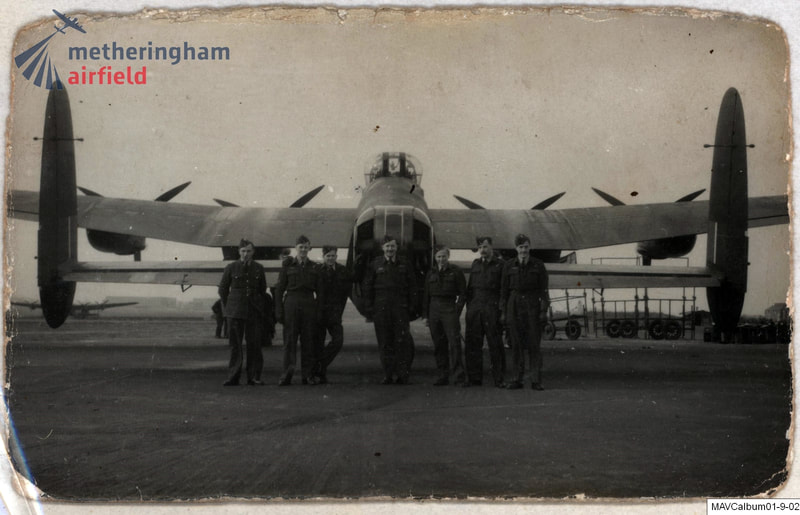 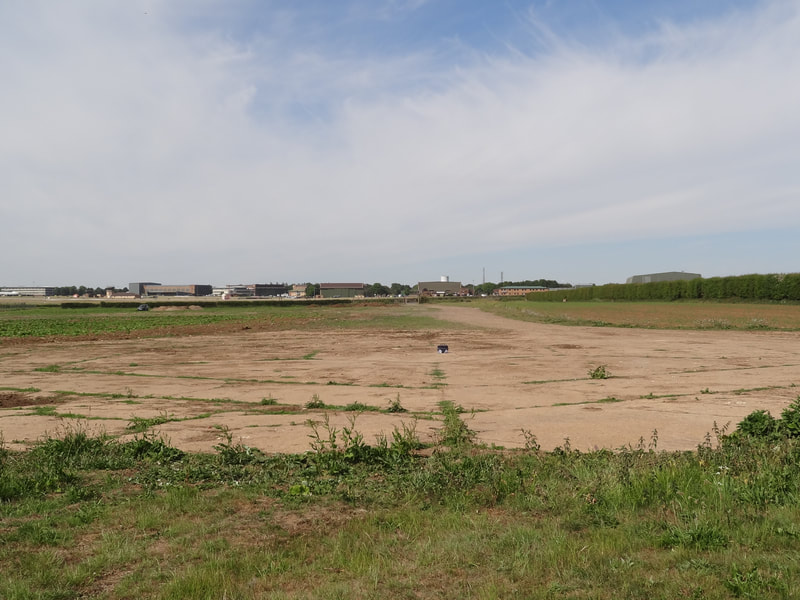 A while ago we posted the photo of the Lancaster with crew members standing at the rear of the aircraft with the original text as follows: "Seven aircrew standing behind a Lancaster at an unidentified airfield. It is believed that this may be RAF Waddington, the photo taken on one of the dispersals to the east of the A15 main road. This could suggest that this is a crew and aircraft with either 463 or 467 Squadrons. Can anyone provide any information?"

Well after some great detective work by none other than Andrew Scoley, Chairman and Trustee of the Friends of Metheringham Airfield, we are pretty certain it is Waddington! Andrew took the second photo on a recent visit to Waddington and it was taken from the dispersal where the original Lancaster was photographed.

In Andrew's own words:

"I’ve been doing a few comparison photos of the picture on our Mystery Corner page. In the original, if you squint hard enough the old Waddington watch office is just on the left corner of the second hangar from the left. In the photo, my car is positioned under the port outer of the far Lancaster and my camera bag is in the centre of the pan which the Lanc and crew are standing on. In the centre of these pans is a hexagon of concrete, and this you can see in the mystery photo, the crew are standing on this hexagon. The middle crew man is pretty much standing exactly where my camera bag is placed. As you can see from the weed lines, the pans were created by adding increasing sizes of hexagons of concrete.
https://www.google.com/maps/@53.1767259,-0.5109234,431m/data=!3m1!1e3
This is a google image of the pans. The right most pan is where I’ve been taking the photos from, the second from the left is where my car is. The left most pan, nearest the A15,  is a cracking example of the hexagon arrangement applying to all the pans. A ‘Then and Now’ for you!"

Thank you Andrew. So all that remains now is to identify the squadron, crew and aircraft! Any takers?