Here you will find images of special events such as visits to RAF bases by the royal family or dignitaries. As these images are in our archive we'd like to think there is a connection to 106 Squadron but this is a difficult area for precise identification as quite rightly the photographer often focussed on the dignitary rather than the aircraft serial number! Nevertheless, there are some stunning photos in this section and if you know more about them please let us know. Even without a detailed narrative, every picture tells a story.
The Royal Visit
​This super set of images is in our archives and although, as far as we know, it has no direct relevance to either 106 Sqn or RAF Metheringham we believe that they are interesting enough to be shared with a wider audience.
The photos depict a visit to 206 Sqn, RAF Coastal Command, by King George VI, Queen Elizabeth, Princess Elizabeth (our current Queen) and Princess Margaret on 26 January 1941. They are escorted by AVM John Tyssen CB, MC and another unidentified senior officer. In the sixth image, Queen Elizabeth is being helped on exit from armed Hudson VX-B by F/Sgt Wilson. 206 Sqn flew Hudsons on maritime patrols from April 1940 until July 1942 when it converted to the Boeing Fortress Mk II, the Hudsons being retained for training duties.
If anyone can provide any further information on these photographs, including identifying any personnel or suggesting any possible link with 106 Sqn, we’d be delighted to hear from you. Interestingly, this visit was also featured in a Pathé News clip. You can watch it here:  https://www.britishpathe.com/video/royal-visit-to-the-raf-1
Shown below for illustrative value alongside our archive images is an IWM photo (CH 6573, copyright F/O H Hensser - RAF Official Photographer) of Hudson Mk III T9431 VX-B on a patrol over the Atlantic Ocean whilst on detachment to Coastal Command Headquarters at RAF Aldergrove, Co Antrim. This may be the aircraft inspected by the Royal party. 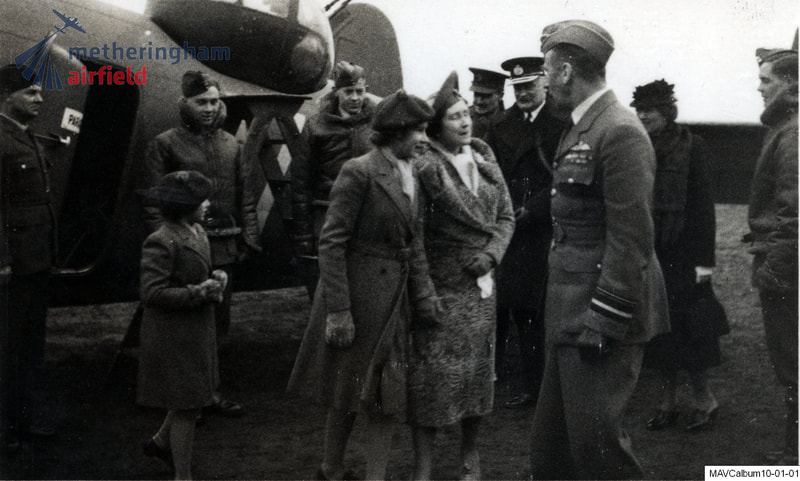 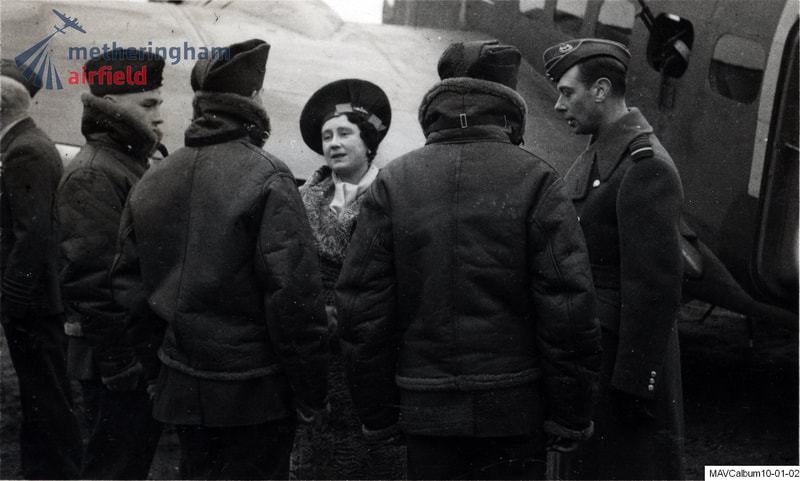 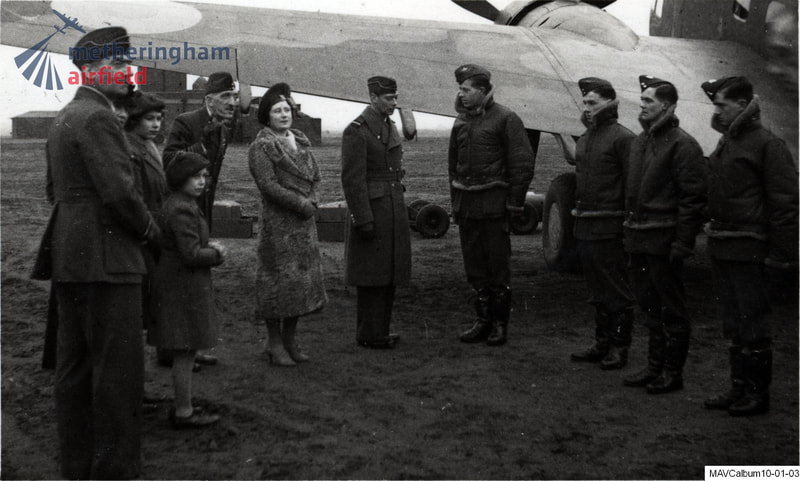 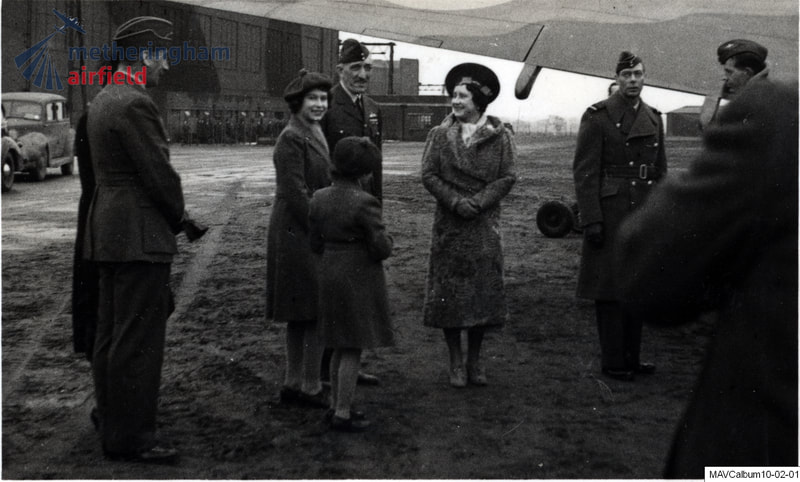 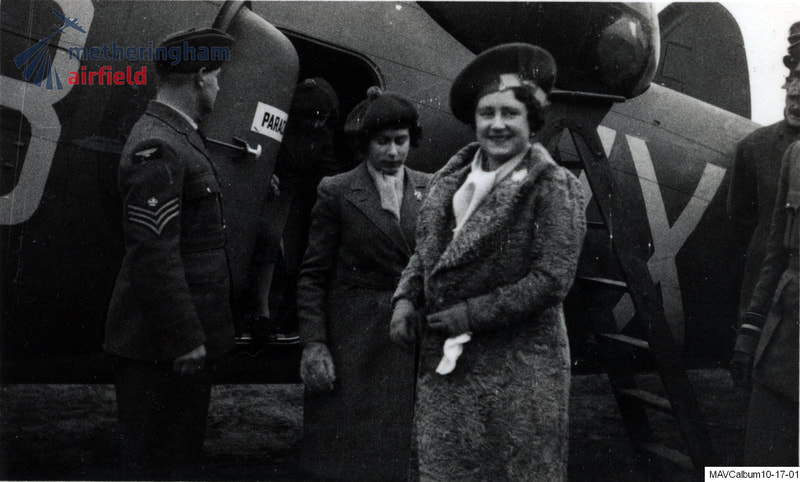 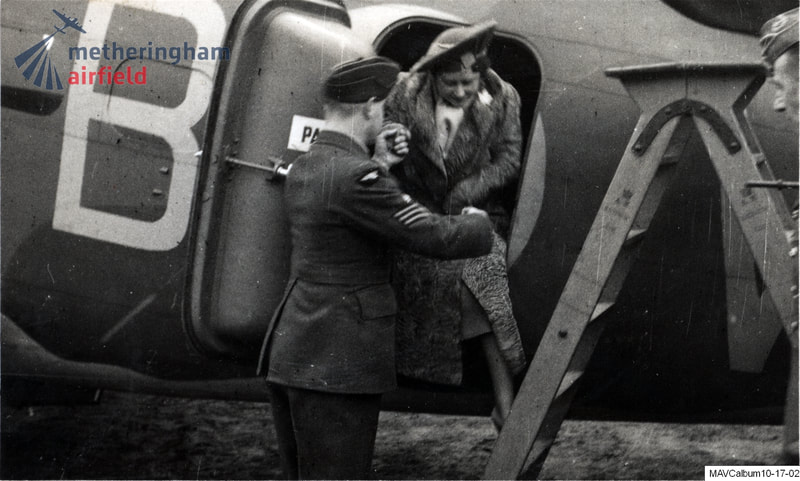 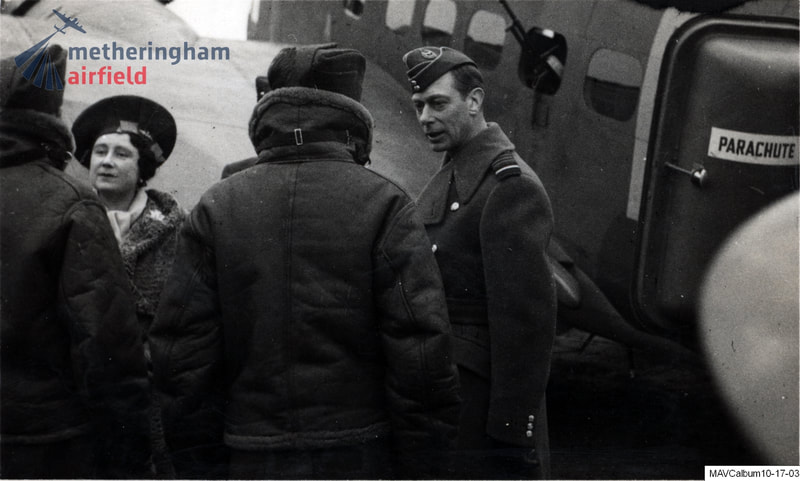 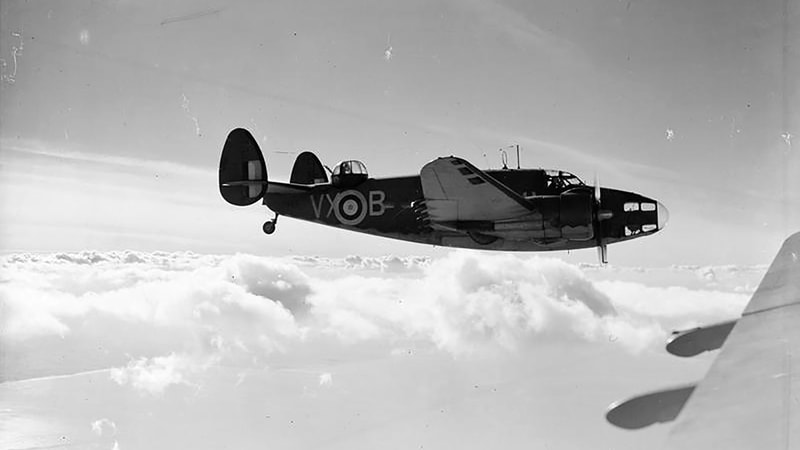